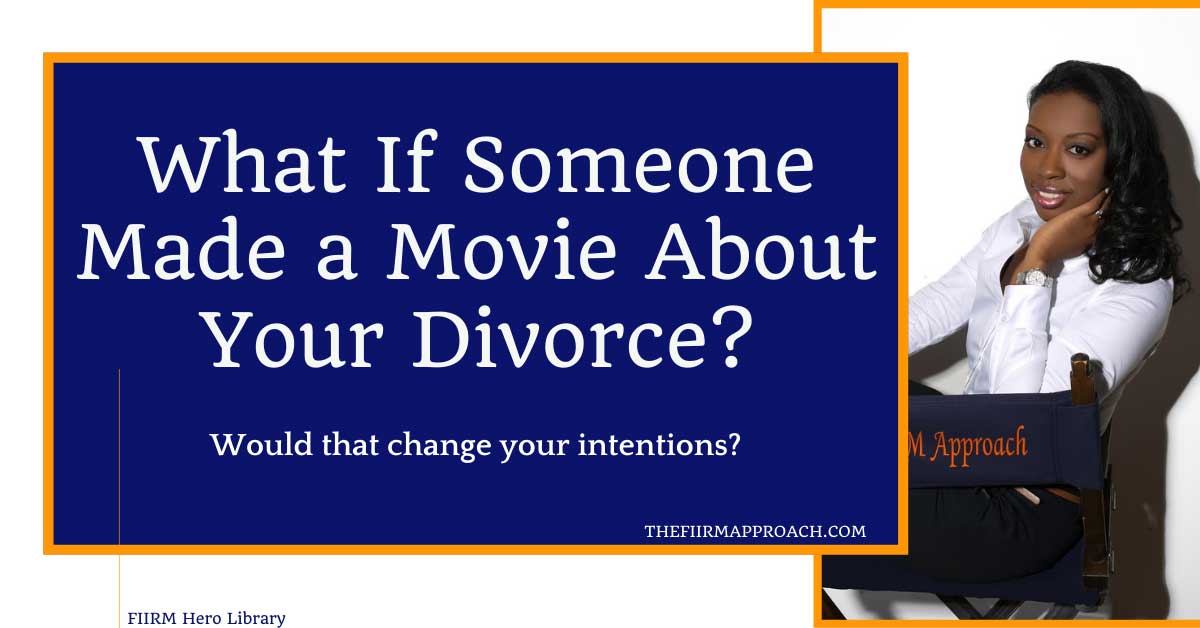 What If Someone Made a Movie About Your Divorce

I am the quintessential rom-com and romantic movie lover. Love Jones (my absolute favorite), Maid in Manhattan, Brown Sugar, The Choice, Sixteen Candles, and Dirty Dancing are definitely at the top of my list.

Download our Ultimate financial resource guide to get started on finding the right resources to work on your financial game plan or share this with someone who may need it.

I’m a sucker for one-liners too!

“You had me at Hello” (Jerry Maguire)

“…you get the buddy and the booty” (Brown Sugar)

Contrary to what people may believe, considering The FIIRM Approach helps women prepare their finances for divorce or separation, I also believe in marriage.

I’ve said it before and I’ll say it again: most people don’t go into a marriage with the intention of getting a divorce.

The reality is that it still happens, and it’s too damn hard to do sometimes.

A Fact About Marriage:

Marriage is a contract. A legal contract.

It’s an odd contract that has very few pre-qualifiers, but it’s definitely one of the most serious contracts we’ll ever enter into.

So, what’s my issue? US divorce laws are archaic, and there’s not enough time spent on preparing people for the “legal contract” they are signing.

There’s way more emphasis on the “romantic contract,” and the downside is that the legal part has lots of invisible fine print.

I get it… researching the fine print just doesn’t feel romantic.

A Bit of Fiction:

Kim and Chris decide they wanted to spend the rest of their lives together on April 10th, after 6 months of dating.

They live in Chicago. Both are in their 30’s, and neither wants a big wedding.

Next, they make a quick visit to the City Clerk’s office to get a license on April 12th.

Married on April 13th, 3 days after the decision!

(The waiting period is only a day.)

Fast forward – 2 years later, they’ve loved, fought, and loved some more, but the love fizzled out and now both of them want out. Let’s call it irreconcilable differences, a.k.a, they want a divorce.

Obviously that divorce won’t happen 3 days after that decision!

Does your dating period determine the length of your marriage?

Divorce is a major decision, they say!

So, this is why it’s nonsensical that you basically only need a pulse to enter into said “contract,” but you need to draw pints of blood, sweat, tears, and maybe even a restraining order to exit the contract.

It’s what movies are made of 😉😉 though.

The Marriage Story Is About A Marriage Ending

Before I watched the movie Marriage Story, I didn’t quite know what to expect.

Admittedly, movies that have Oscar worthy storylines are usually movies that I DON’T fall in love with but sometimes I’m willing to give them a shot anyway.

My cousin BJ and I sat down to watch it after eating some amazing tacos.

I should note that BJ is an unmarried male who is also an actor.

Needless to say, watching Oscar nominated movies with a thespian is always interesting.

Without going into full detail and spoiling the end of the movie, I have two main takeaways.

(1) There was a seemingly normal couple going through the divorce process in a way that was so depressing and uncomfortable to watch that I quickly understood why it was nominated.

This was the type of movie that prompts real emotions/reactions from the audience (think yelling, eye rolling, anger, mouth on the damn floor)

That aside, the fact that this marriage story has been, or will be, the story for so many of us, flat out pisses me off. Some scenes were traumatizing and downright maddening.

After watching the movie, I wouldn’t ever want to get divorced.

Actually, I wouldn’t even want to get married (again)!

While the Marriage Story may have depicted a very accurate story for some real-life divorce experiences – IT DOESN’T HAVE TO BE THIS WAY.

Which leads me to my other takeaway.

(2) Divorce does not have to be this complicated, nasty, or expensive.

While divorce is never a one size fits all situation, it’s absolutely possible for you to go through the process in a way that’s healthier than the dysfunction in Marriage Story.

Again, good movie, albeit a bit traumatizing for a newly, lol… but also a good opportunity to think about your divorce as if it was going to be turned into a movie.

How would you want your relationship portrayed on screen?

I encourage you to watch the Marriage Story followed by a documentary called Divorce Corp (I found it on Amazon Prime in 2020) and use both as motivation to do everything in your power to make your divorce process simpler.

If you are strongly considering divorce, I also invite you to join our Hero Newsletter Community  as we can help you make the first few baby steps in your divorce preparation journey. 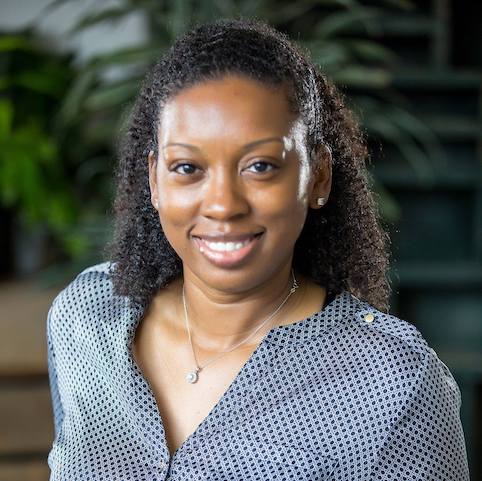 Nikki is a 16-year financial services professional, a Certified Divorce Financial Analyst ®, and the primary divorce financial strategist for The FIIRM Approach. She helps female breadwinners prepare for divorce to avoid common financial mistakes and confidently maintain their financial security. She uses proven strategies within the FIIRM Approach methodology so her clients can manage their money, debt, and credit in their new financial life. TAKE ACTION & LEARN about the tools that can help make your new money life easier. Grab your FREE Ultimate Resource Guide HERE.